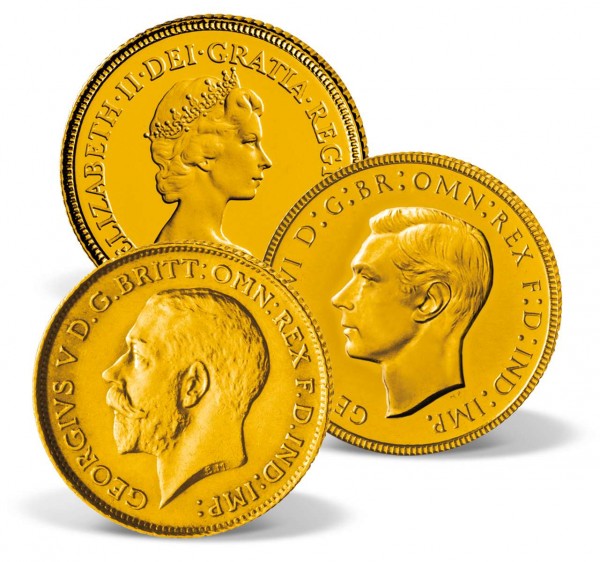 The country celebrates the 100th anniversary of the House of Windsor!.

This limited-edition set includes the George V Half Sovereign. King George V founded the House of Windsor in 1917, by royal proclamation, when he changed the British royal family's name from the Germanic Saxe-Coburg-Gotha to the English House of Windsor.

The set also features the George VI Half Sovereign. George VI was proclaimed King in 1936, after his older brother Edward VIII abdicated to marry the American divorcée Wallis Simpson.

The third gold coin in this special set is the Elizabeth II Half Sovereign. Queen Elizabeth II is the head of the House of Windsor and the longest-reigning monarch in British history.

The reverse designon these gold coins features Benedetto Pistrucci's famous 'St&nbspGeorge and the Dragon' motif, which was first struck in 1817.

Due to his abdication in the same year as he became king, a sovereign with the portrait of Edward VIII was never minted ...