Commemorative coins marking the 100th Anniversary of the House of Windsor 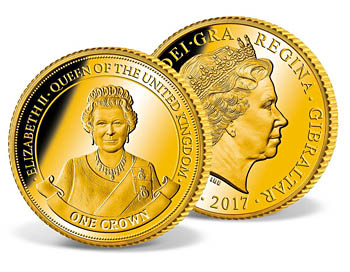 The circumstances of The Queen’s accession on 6th February 1952 could not have been more dramatic. The Princess was on a tour of the commonwealth some 4,000 miles away from home, at the Treetops Hotel in Kenya. The news of her fathers’ death was broken to her by her husband, The Duke of Edinburgh ... 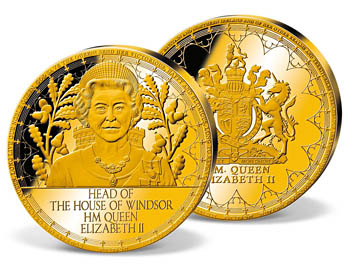 The House of Windsor has had four British monarchs: George V (1910-36), Edward VIII (1936) who abdicated to marry the American divorcée Wallis Simpson, George VI (1936-52) and Queen Elizabeth II (since 1952). Her Majesty Queen Elizabeth II is a real exception in her family: she is the first British monarch in history to celebrate 65 years on the throne - longer than all three preceding Windsor kings together. The Windsor dynasty are credited with stabilising the monarchy in Great Britain, in terms of foreign and domestic policy. During a time of geopolitical crises, many other kingdoms fell apart, but the Windsor royal family has stood strong.

'The Year of the Three Kings' Supersize Commemorative Strike 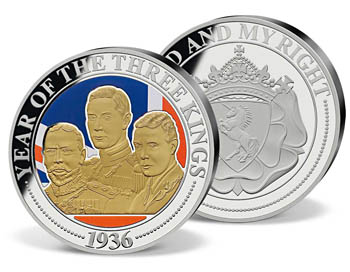 Queen Elizabeth II is the reigning monarch and head of state of the 16 sovereign states that make up the Commonwealth realm. She is also the much respected Head of the Commonwealth of Nations, unifying people from 53 countries around the world. The Queen has been an important figurehead during times of huge social transformation in Britain and abroad, and is perceived as a global role model. Modern communication technologies have enabled the royal family to be accessible to a broader public all over the world. We British have every reason to be proud of our queen and of the royal Windsor family.

2017 will be a great year for the United Kingdom, for members of the Commonwealth and all admirers of the British monarchy. The royal Windsor family is celebrating its 100th anniversary! Founded in 1917, the House of Windsor has reigned successfully for a whole century.