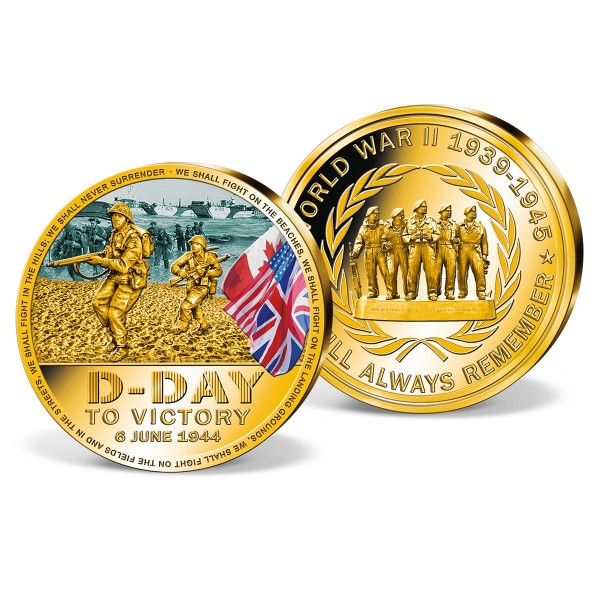 Description
Description
We all salute the bravery and sacrifice of the British and allied soldiers, who took part in the... more
Close menu
The '75th Anniversary of D-Day' Commemorative Strike

We all salute the bravery and sacrifice of the British and allied soldiers, who took part in the largest seaborne invasion the world has ever seen, undertaken to liberate Europe from Nazi-German occupation and restore democracy as we enjoy it today. Codenamed Overlord, this vast cross-Channel attack was planned in perfect detail, elaborate deception plans put in place to convince the enemy that the landing would be in Calais.

Extensive training took and huge build-up of material took place. The British General Bernard Montgomery commanded about 160,000 land forces and on6 June, 1944, a fleet of over 5000 ships and landing craft crossed the channel, landing assault troops on five beaches. Bridges, road crossings and coastal batteries were seized to help theforces advance inland. Our side suffered at least 10,000 casualties on D-Day, but the attack was a huge success. Troops and vehiles established a foothold in France and began to drive the Germans into retreat - the beginning of the end of World War  II and victory for the Allies.