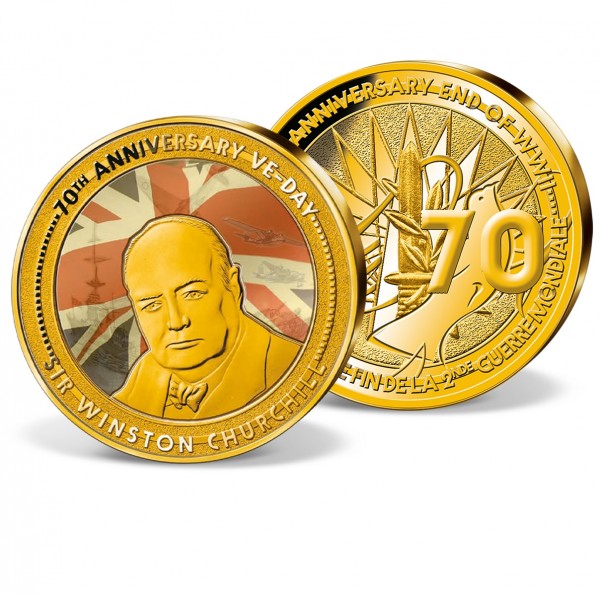 Winston Churchill became prime minister in 1940 after the resignation of Chamberlain, on the very same day that Hitler invaded France and the Low Countries. As Prime Minister and Minister of Defence at the same time, an enourmous task lay ahead of him. As the only cabinet minster, who had held office during the previous war, he was widely regarded as the necessary war leader.

The surrender of France and the evacuation from Dunkirk marked his first days in office, and the airstrikes on our cities and the Battle of Britain were to follow.

But Churchill never gave up - in his famous speeches and broadcasts he raised the moral of the British people, he showed firm resistance to Nazi Germany and he managed to secure the support of the United States as a powerful and strategic ally. The summer of 1940, when Britain was under attack from the Germans, would become Churchill's 'finest hour'. Aged&bsp65, he passionately refused to negociating with the enemy and worked tirelessly to achieve victory for Britain at all costs. With his bulldog scowl, his cigar and his V-sign for victory he will always be remembered as our nations greatest statesman and the leader who ledus to victory in WWII.