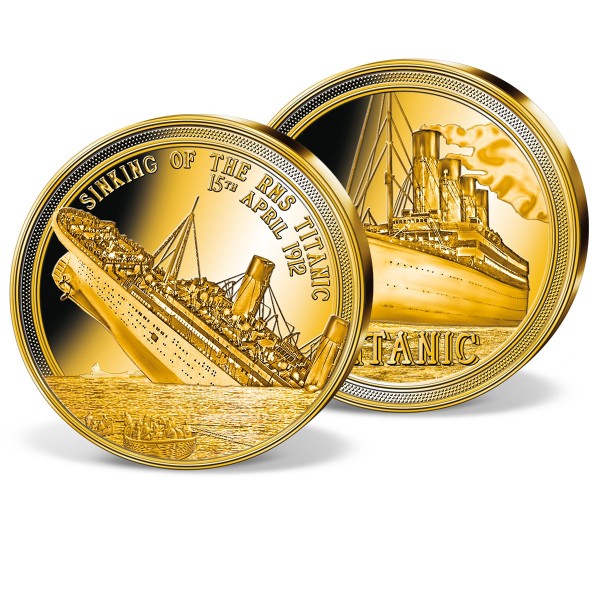 This product is currently not available.
Please inform me as soon as the product is available again.
Amount due: £114.95

On 10th :April 1912, the largest passenger ship of its time, the RMS :Titanic, left England on her maiden voyage from Southampton to New York. She was known as the 'Ship of Dreams' due to the sheer luxury she offered her wealthy passengers, which included a huge first-class dining saloon and a swimming pool. Even the third-class accommodation, although basic, was comfortable compared toother ships.

Announced as the 'safest ship of all time', the RMS :Titanic carried just 20 :lifeboats that could only accommodate fewer than half of the people on board. It was thought that her 'unsinkable' construction made lifeboats only necessary for the rescue of survivors of other sinking ships.

However, four days into the journey, just before midnight on 14th April 1912, the unthinkable happened: the Titanic struck an iceberg. Two hours and forty minutes after the collision, with its lights still blazing and the band continuing to play, the pride of theWhite Star Line sank into the cold, dark abyss of the North Atlantic Ocean. Of the 2,223 :passengers and crew on the Titanic, only 706 :survived.

One of the biggest maritime disasters in history, the sinking of the Titanic became the theme of many cinema dramas and documentaries, the most famous being the 1997 Hollywood blockbuster 'Titanic', featuring Leonardo DiCaprio and KateWinslet, which won 11 Oscars.

Now, the 'Sinking of the Titanic' has been remembered with a stunning SOLID GOLD commemorative strike in 14-carat gold, available exclusively from Windsor Mint.