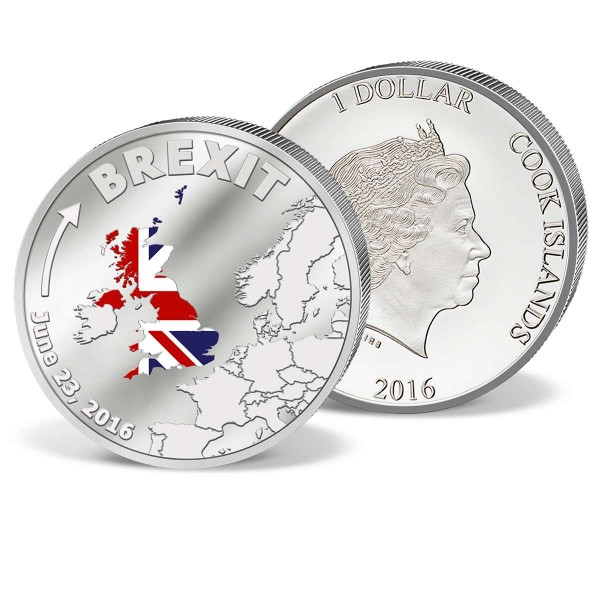 By the end of May Article 50 was invoked, the legal step to withdraw from the EU, and it will certainly be a defining moment for our country. Even though the 'Brexit' is one of the most controversial decisions of the last decades, this coin issue from 2016, commemorating the historic vote of the British people, has been officially sold out within a few days only. The delicate 26 mm, 3 gram silver coin features the outline of the UK colored with the Union Jack opposite continental Europe and is still highly sought-after bycollectors in Britain and all over the world.

Only 2016 pieces have been minted - and Windsor Mint is now able to release a very small number of these official silver coins from private stock for the fastest collectors. A piece of history minted in solid silver and in best proof quality!