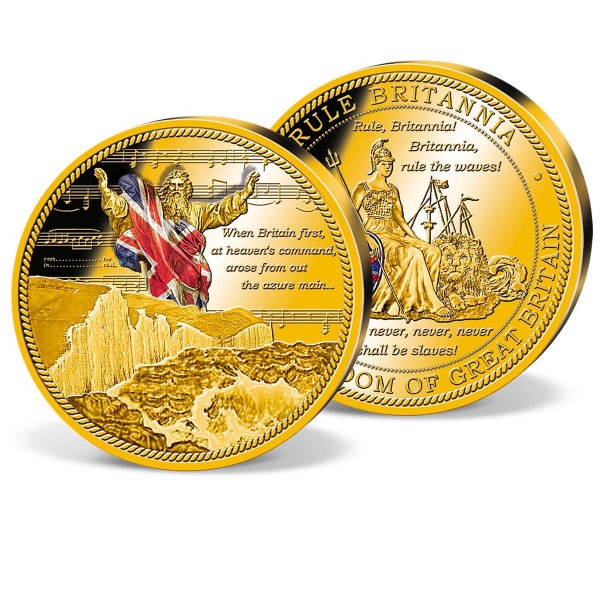 Your exclusive advantages:
Amount due: £69.95

'Rule, Britannia' began as a poem, written by the Scottish poet James Thomson. The English composer Thomas Augustine Arne set the poem to music for the masque 'Alfred', which was about Alfred the Great. It was first performed in 1740 at Cliveden House, Maidenhead, in the presence of Frederick Prince of Wales, the eldest son of George II. The first public performance of 'Rule, Britannia' was in1745, in London, and it was an instant success.

This British patriotic song is still hugely popular today and evokes a sense of pride in our great nation whenever it is played. Traditionallyan arrangement of 'Rule, Britannia' is always performed at the Last Night of the Proms.

Now this much beloved classic British song has been celebrated with a sensational strike, minted in the highest quality 'PROOF' and preciously plated in 24-carat gold.