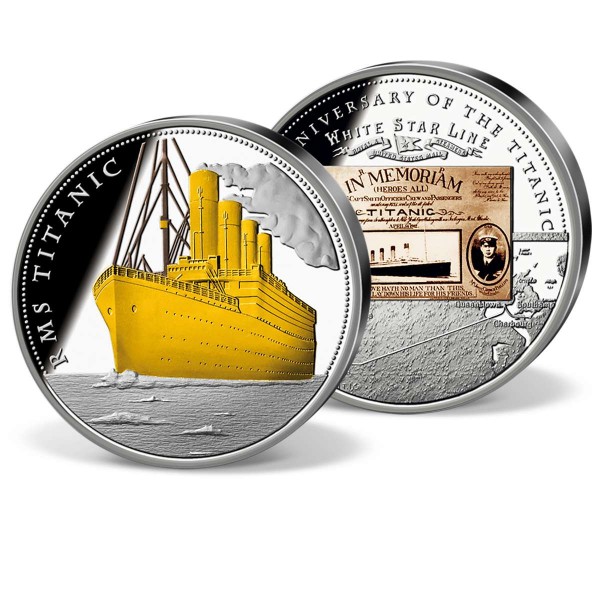 Description
Description
It was on the fateful evening of 14th&nbspApril, 1912, that the unthinkable happened - the... more
Close menu
'RMS Titanic' Supersize Commemorative Strike

It was on the fateful evening of 14th&nbspApril, 1912, that the unthinkable happened - the Titanic, the largest and most luxurious passenger ship at that time, hit an iceberg off the coast of Newfoundland, broke into two, and sank into the cold dark waters of the North Atlantic.

At the time she was the 'largest moving object in the world', unrivalled in size, luxury and technology. Her launch on 31 May 1911 was highly publicised and she was supposedly unsinkable. No one suspected as the gigantic ship set off from Southampton to New York months later, on her maiden voyagethe tragedy that would come to pass, of the 2,223 passengers and crew on board, only 706 survived, making it one of the most tragic maritime disasters in history.

The British WhiteStar Line company set out to beat their constant competitor, Cunard, with this ambitious project. And as Cunard were unbeatable for speed, the manufacturers of the Titanic focussed on achieving a level of comfort and size that had never been seen before. This floating 5-star hotel cost over a whopping £130 million to build. The vessel was almost 270 m long, 28.19 m wide and 53.33 m high, offering enough space for 2,400 passengers plus crew.