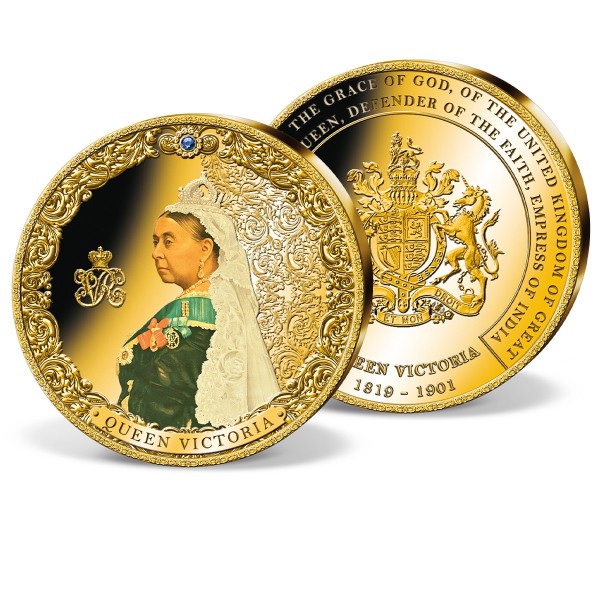 It was more than 180 years ago on June 28, 1838 that Queen Victoria, aged just 19, was crowned at Westminster Abbey. Little would the young queen have known that on that day she was embarking on the longest reign of any monarch in our history. Her sovereignty lasting 64 years saw the British Empire double in size, covering more than one fifth of the world and one third of the world's population. Queen Victoria is regarded as one of the most powerful women in British history. Now, Windsor Mint celebrates the 200th birthday of Queen Victoria with a stunning strike, available to you with an extraordinary birthday discount.

The life of Queen Victoria

24th May 1819
Victoria is born at Kensington Palace in London.

10th February 1840
Victoria marries Prince Albert of Saxe-Coburg and Gotha. She would give birth to nine children during theirmarriage.

9th November 1841
Birth of their first son who, as Edward VII, would eventually be Victoria's successor.

1848
Victoria and Albert purchase the Balmoral estate in northern Scotland as a summer residence.

1851
The royal couple inaugurate the Great Exhibition, in London the first of its kind.

1897
Victoria celebrates her diamond jubilee on the throne.

22nd January 1901
QueenVictoria dies at age 82 in Osborne House near Cowes on the Isle of Wright (England) and is interred in Frogmore Mausoleum next to her beloved husband Albert.

Minted in the highest quality 'PROOF' and preciously layered with finest 24-carat gold, this exclusive strike features sought-after colour detailing and is limited to just 9,999 complete collections worldwide - a must-have for every mcollector.