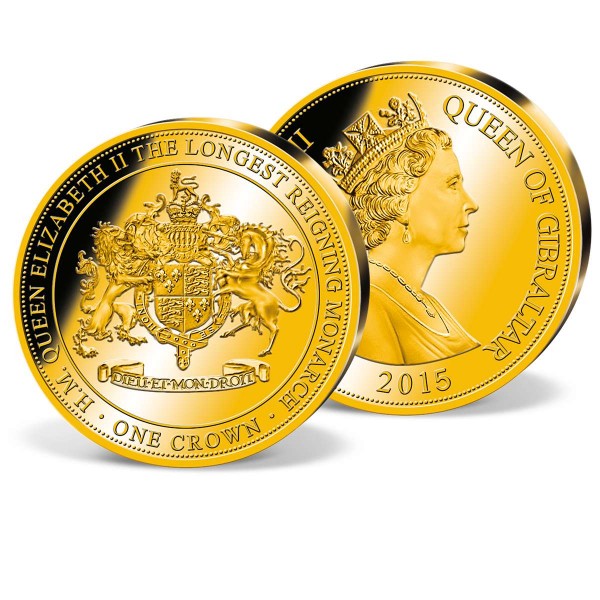 This product is currently not available.
Please inform me as soon as the product is available again.
Amount due: £59.95

Description
Description
Over 65 years ago on the 2nd of June 1953, millions the world over witnessed one of the most... more
Close menu
Official 1 Crown Coin 'Queen Elizabeth II'

Over 65 years ago on the 2nd of June 1953, millions the world over witnessed one of the most important royal events in living memory. At precisely 11 o'clock, a hush fell over the nationas people tuned in their radios, and -for many for the first time ever- television sets at a friend's or neighbours', to watch their new Queen being crowned. The ceremony took place exactly as it is laid down in the history books, and the crown was placed on the new Queen's head the country joined together in celebration.

2015, Queen Elizabeth II had become the longest reigning monarchever in British history - an incredible achievement, that has been honoured by British Overseas Territory Gibraltar with an official coin. Coins like these are important documentations of the historyof our country and therefore highly sought-after, but the mintage in best quality proof only allows for a limited number of coins to be issued.