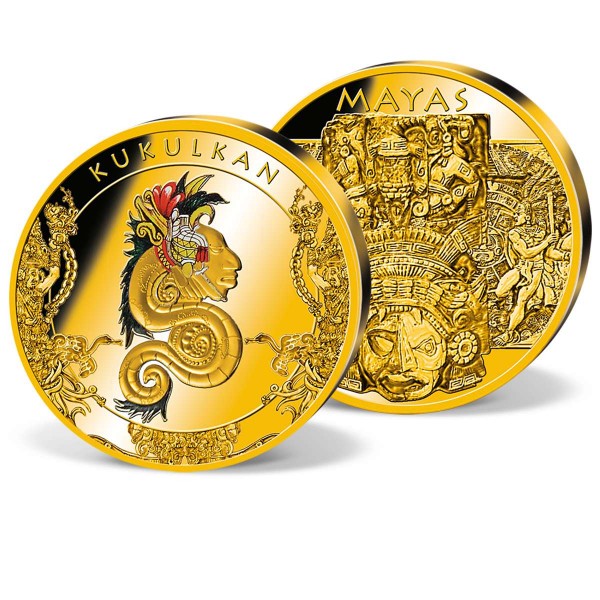 Description
Description
In the ancient Mayan civilization, Kukulkan - the 'Feathered Serpent' was the god of the... more
Close menu
'Kukulkan - God of the Elements' Supersize Commemorative Strike

In the ancient Mayan civilization, Kukulkan - the 'Feathered Serpent' was the god of the elements and of resurrection and reincarnation, similar to the Aztec god Quetzalcoatl. At the Kukulkan pyramid in Chichen Itza, during the spring and autumn equinoxes on 20/21 March and 22/23 September, the shadow cast by the angle of the sun creates the illusion of the feathered serpent ascending ordescending the steps of the pyramid.

The cult of Kukulkan was the leading Central American religion, uniting people from different social and ethnic backgrounds. This helped to establish peacefulcoexistence - characterised by flourishing trade activity - among peoples from areas that today form the countries of Mexico, Belize, Guatemala, El Salvador, Honduras, Nicaragua and Costa Rica.

According to Mayan legend, the 'feathered serpent', who originally came from the sea, will return to Earth when the world ends ...