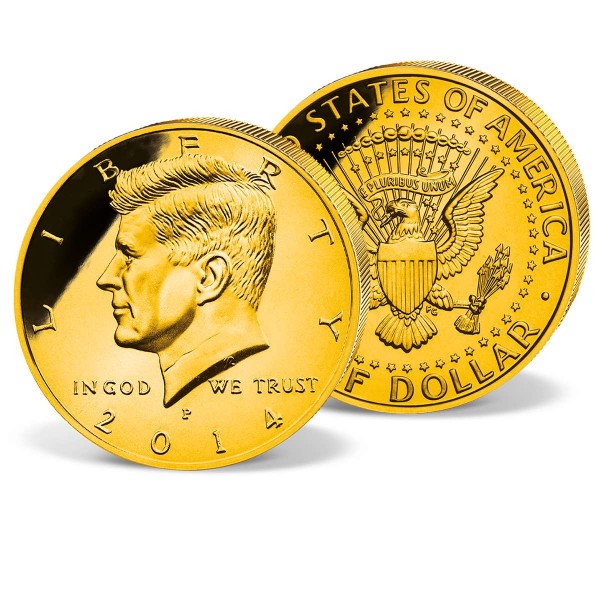 1961 John F. Kennedy was inaugurated as the 35th and youngest president of the United States of America. He inspired the western world with his youthful charm, good looks and his keen mind. OnFriday, 22 November, 1963 the hope of a whole generation was assassinated in Dallas, Texas. Even today, five decades after this tragic event, for millions of people John F. Kennedy still remains the most popular US president of all times.

The preciously gold-layered Original Half Dollar with the portrait of the charismatic President, called 'Kennedy Half', replaced the 'FranklinHalf' in 1964, only three months after Kennedy's assassination. Today the Original Half-Dollar 'John F. Kennedy 2014' celebrates its 50th anniversary!