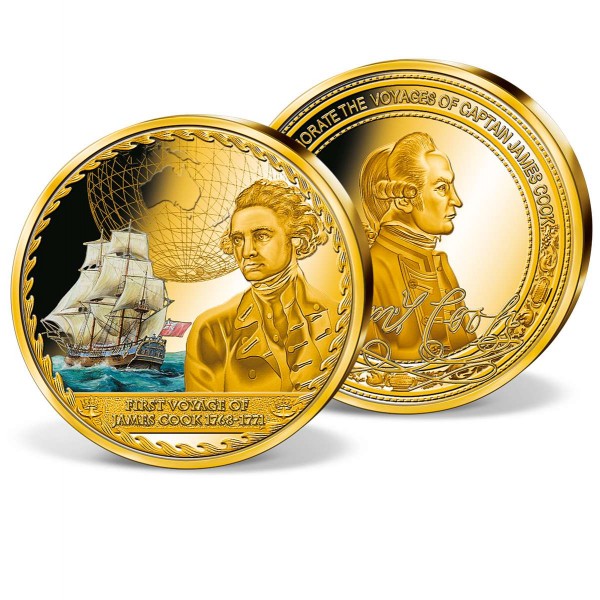 250 years ago, James Cook, one of the greatest British explorers of all time, set sail on the HMS Endeavour on an epic voyage of discovery.

In 1768, the Royal Society selected Cook to command a voyage to Tahiti to observe the Transit of Venus, and to secretly search for the great southern continent. He was given the HMS Endeavour for the voyage, which he praised saying 'a better ship for such service I never could wish for'. Those on board included astronomer Charles Green and botanist Joseph Banks. After reaching Tahiti in June 1769, Cook then charted the coastline of NewZealand and sailed Australia's eastern coast, landing at Botany Bay in April 1770 and naming it New South Wales.

Cook created such detailed maps of the entire journey, that they could onlybe improved upon over 200 years later. On 14 February 1779, during his third and final expedition, Captain James Cook was killed during a fight with some Hawaiian islanders. His ship, after its historic voyage, the HMS Endeavour was refitted as a naval transport vessel, and made three voyages to deliver provisions to the Falkland Islands. When the American War of Independence began, the HMS Endeavour was repaired and renamed the 'Lord Sandwich 2' and submitted as a transport ship to carry troops, mainly German Hessian mercenaries, across the Atlantic. The 'Lord Sandwich 2' was used as a prisonship at Rhode Island, until it was sunk on 4 August 1778

In September 2018, following an epic 25-year search, Australian and US marine archaeologists claimed to have discovered the shipwreck of the HMS Endeavour off the coast of Newport, Rhode Island. However, it could be another year before this is confirmed.