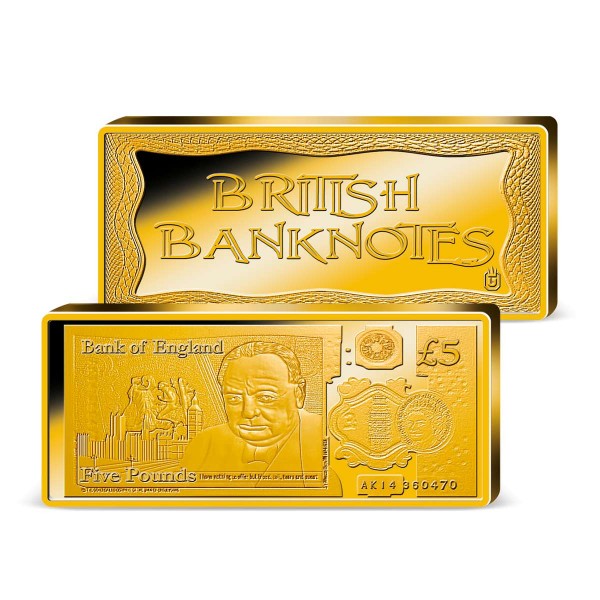 Your exclusive advantages:
Amount due: £66.95

In September 2016, Britain's first ever polymer £5 banknote was issued, featuring the portrait of Sir Winston Churchill, Britain's most beloved statesman. Churchill joins a select number of famousBritons who have featured on British banknotes since 1970, including William Shakespeare and Florence Nightingale. These banknotes celebrate outstanding individuals who have shaped British thought, values, society, innovation and leadership.

The Bank of England was founded by Royal Charter in 1694, to raise money for King Williams III's war effort against France. The bank issued notes inreturn for deposits and has continued to issue banknotes for over 300 years. The first banknotes were handwritten in black ink on creamy white paper and were personally signed by the bank's chief cashier. These first handwritten bills of exchange were the beginning of a fascinating history of British banknotes.

The ever £5 banknote was printed in 1793 and celebrates its 225th anniversary this year! These £5 notes became known as the 'White Fiver', due to its black print on white paper, and remained relatively unchanged until it was succeeded by the first coloured £5 notes in 1957. Now paper banknotes are becoming a part of history, as they are being replaced by a new material with enhanced security features.