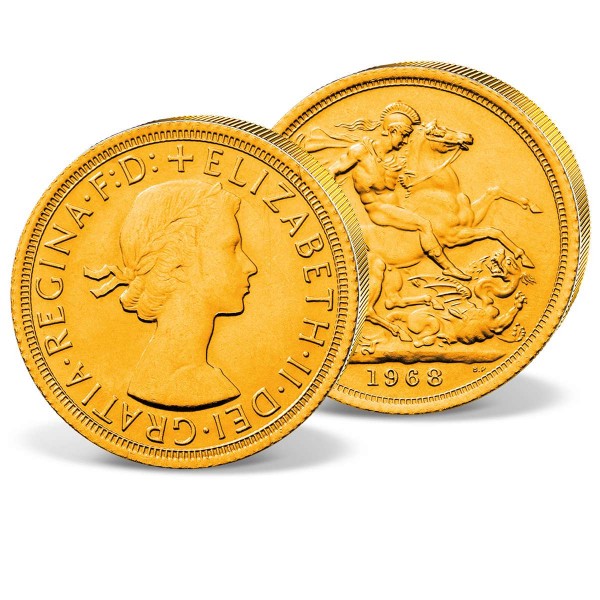 Throughout her reign The Queen has risen to challenges posed by enormous social change and technological progress, changes that could scarcely have been imagined on that February day in 1952 when she was so suddenly propelled onto the throne by the death of her father, George VI.

She has been a reassuring presence providing a sense of continuity in a quickly changing and sometimes uncertain world. In 2015, Queen Elizabeth II becomes the longest serving monarch Britain has ever had, overtaking even her great great grandmother Queen Victoria! She has served faithfully andunflinchingly through the good times and the bad and continues to fulfil her duties with a pace and dedication that one can only marvel at.

Whilst she became Queen in 1952, the first sovereign with The Queen's portrait was not minted until 1957. A charming informal design by Mary Gillick, this portrait appeared on all coins until the decimalisation forty years ago. Hurry and seize thisopportunity to secure your beautiful gold coin with the youthful portrait of Her Majesty the Queen.