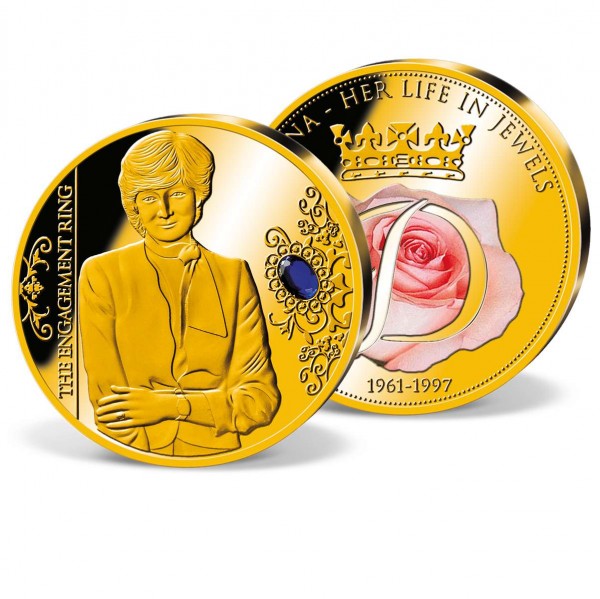 2017 marked the 20th anniversary of the tragic and premature death of Diana, Princess of Wales. Beautiful, elegant, charismatic and compassionate, Diana embodied all the qualities we most cherish in a princess. From the moment of her fairytale engagement to Prince Charles, she captured our hearts as England's Rose. Her beauty and charisma meant she was one of the most photographed women of modern times. Diana inspired many lives and was recently voted the most iconic woman of all time. 20 years after her death, Diana is still fondly remembered all over the world and her legacy is keptalive by her sons and her beautiful grandchildren.

This commemorative strike release immortalises the moment in 1981 when Diana captured our hearts as 'Shy Di'. Expertly engraved, plated in24-carat gold and minted to the highest quality 'proof' standard this commemorative strike features a charming portrait of Diana and is handset with a genuine sapphire gemstone - representing her engagement ring. Strictly limited to only 9,999 complete collections worldwide, it is a heartfelt tribute to a truly remarkable woman.