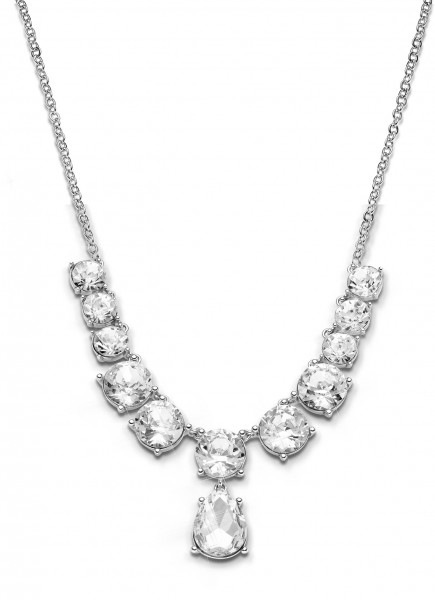 Victoria loved the diamond necklace that belonged to her Grandmother, Queen Charlotte, which was part of the family jewellery of the House of Hanover. When Victoria became Queen of the United Kingdom, Salic Law forbade a woman from inheriting the Hanover throne, so her uncle, the Duke of Cumberland, became King of Hanover. A dispute arose over ownership of Queen Charlotte's jewels, which eventually found in Hanover's favour. Queen Victoria lost her precious diamond necklace and ordered a replacement to be made from stones from her collection. Victoria left the necklace to the Crown in her will, and every queen since Victoria has worn this necklace at her coronation: Queen Alexandra in 1902, Queen Mary in 1911, Queen Elizabeth in 1937, and mQueen Elizabeth II in 1953.

Inspiredby this royal treasure, our talented designers have created a beautiful necklace with 12 nmagnificent sparkling crystals.