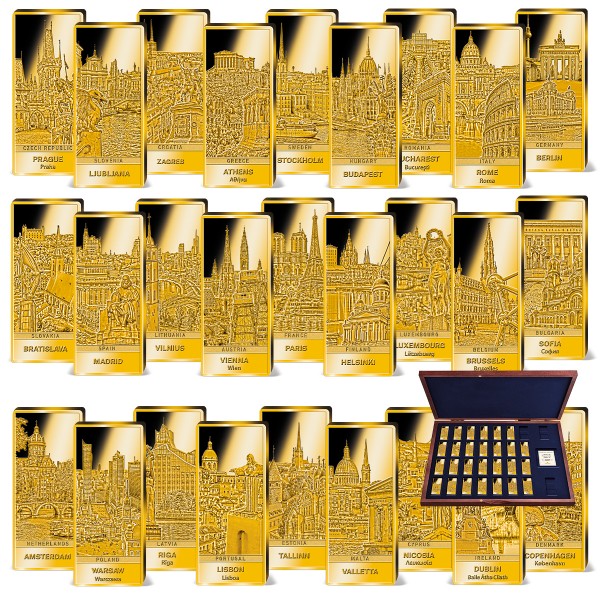 After the Second World War, the leaders of Belgium, France, Germany, Italy, Luxembourg and the Netherlands wanted to create a political and economic union, to help ensure lasting peace in Europe.

In 1951, these six founding members signed the Treaty of Paris, establishing the European Coal and Steel Community, the first in a series of treaties aiming to improve cooperation between thecountries. On 1st November 1993, the Maastricht Treaty came into force, officially forming the European Union and establishing European citizenship. Membership of the EU grew to include 27 European countries, with 19 members adopting a single European currency - the Euro. On 31st January 2020, the United Kingdom left the European Union, it was the end of an era after 47 years of membership.

Windsor Mint presents an extraordinary masterpiece to honour the capital cities of the EU. This stunning complete set of golden bars is strictly limited to only 1,993 complete collections worldwide, preciously layered with 24-carat gold and minted in the highest minting quality 'PROOF'.