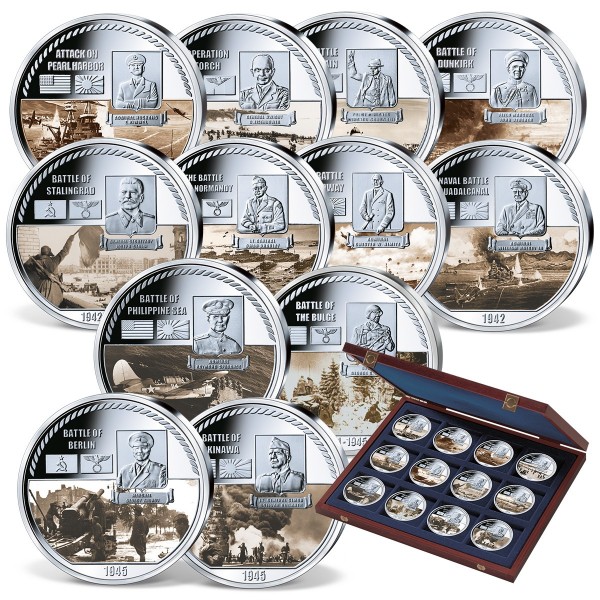 When Great Britain declared war on Germany on 3 September 1939, the British people agreed: the insidious attack of the 'Wehrmacht' on Poland could not remain unanswered. But we also knew, thatit would change our country for decades to come. The Second World War lasted six long years and is  rmly imprinted in our national memory.

Almost 400,000 British soldiers and more than 450,000 civilians lost their lives during the war. Confronted with the uncompromising attitude of our prime minister Winston Churchill against Nazi Germany, Hitler and his generals prepared theinvasion of Great Britain, starting with the Battle of Britain. Especially between 1940 and 1941 many of our cities were raided by bombs. During the Battle of Britain alone, more than 28,000 British people, most of them civilians, were killed. The legendary name 'Battle of Britain' was introduced by our great leader Winston Churchill in his famous speec of 18 July 1940, delivered to the British parliament.

The hardest day of this famous battle was on 18 August 1940, when both sides suffered their most significant losses. But with Winston Churchill and our country Hitler nally met his master and Britain and our allies defeated Nazi Germany and secured peace in Europe. The price of peace was high: worldwide, more than 55 millions of people lost their lifes. Hundreds of thousands of soldiers fell in the battles for our freedom in Great Britain, Stlingrad, Dunkirk, and Pearl Harbour.

Secure now a stunning collector's set with soughtafter strikes, commemorating he decisive battlers of WWII with pure silver and rare colour  finish. Each strike features the famous battle and the commanding general. The memory of this horrendous war must be kept alive for generations to come - in gratitude for our freedom and as a warning for future generations.