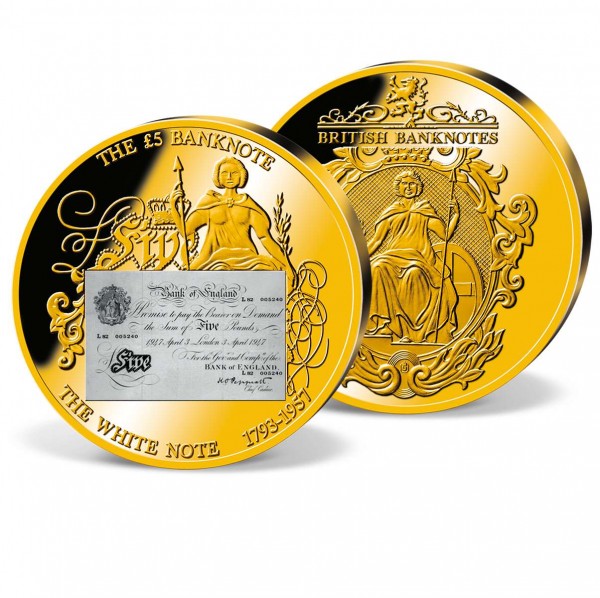 Description
Description
Commonly referred to as the 'White Fiver' this banknote is remembered with affection by many of... more
Close menu
'£5 White Note' Commemorative Strike

Commonly referred to as the 'White Fiver' this banknote is remembered with affection by many of us. Substantial in size, years ago a crisp white five-pound note in your pocket would have been riches indeed.

The note was originally issued in 1793 as, following the outbreak of war with France, a lower denomination than 10 was required. It was only printed on one side and its design, which remained relatively unchanged for hundreds of years, was particularly elegant, featuring a small vignette of a seated Britannia by the bank's official seal. The past centuries have seen manychanges, not just in the role of the Bank of England, but also in the design of our banknotes, from the first handwritten bills of exchange through to the complex and sophisticated designs seen today.