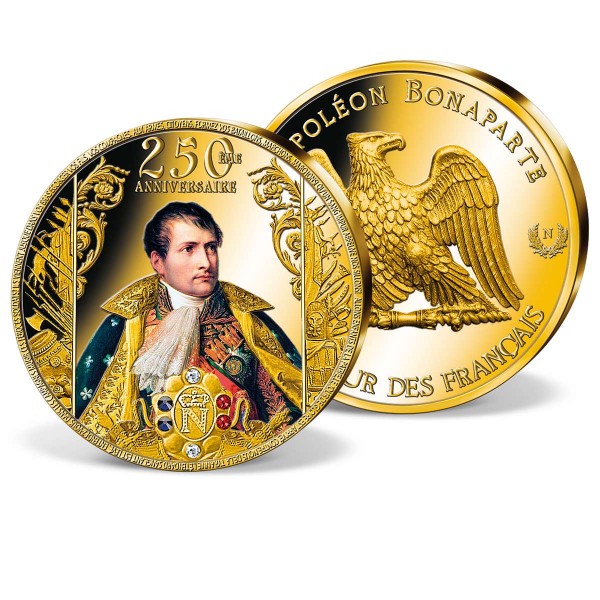 Description
Description
He was one of the most powerful men in world history - and considered by many to be the most... more
Close menu
'250th Anniversary Napoleon Bonaparte' Supersize Commemorative Strike

He was one of the most powerful men in world history - and considered by many to be the most skillful general of all time: Napoleon Bonaparte was born 250 years ago in Corsica, and as a young man, he embarked on a journey to conquer Europe. As a military genius he succeeded in ruling huge parts of Europe for some time. 'Not following in the footsteps of Louis XVI, but of Charlemagne', the young Corsican earned his military stripes. A military coup made him a statesman, and in 1804 he became the first Emperor of the French.

It has now been 205 years, since the most famous emperor in world history fought his last battle. After 23 years of recurrent warfare between France and the other powers of Europe, the Duke of Wellington's allied army of British, Dutch, Belgian and German units ended the French attempts to dominate Europe and forever destroyed Napoleon's power. Fleeing to Paris, Napoleon attempted to rally the nation, but had to abdicate on 22 June, 1815. The Royal Navy prevented him fleeing to America and after his surrender on 15 July, he was exiled to St&nbspHelena, where he died on 5 May, 1821.

Napoleon's legacy is still alive today: he spread the idea of equality of citizens before the law, reformed the tax system, promoted education and religious tolerance.

In honour of his 250th anniversary, a stunning XXL strike has been issued, preciously layered with 24-carat gold and refined with elaborate colour application and genuine SWAROVSKI® crystals.