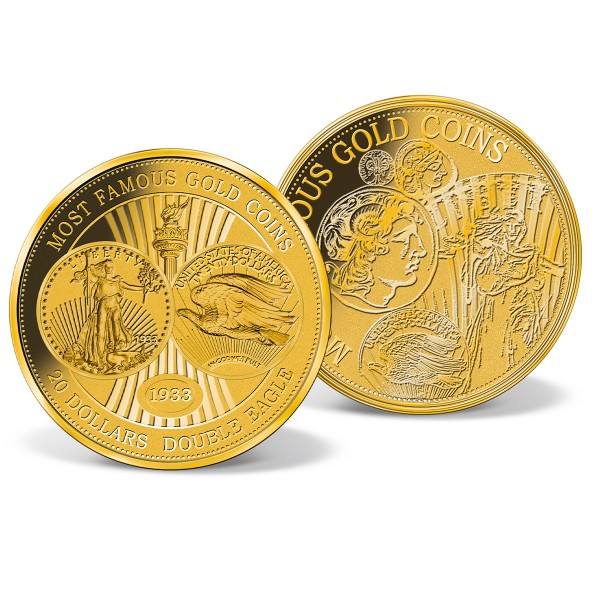 Description Benefits of our Collector Service
Description
The rare 1933 Gold Double Eagle, with a face value of $20, holds the title of being the most... more
Close menu
'20 Dollars Double Eagle' Solid Gold Strike

The rare 1933 Gold Double Eagle, with a face value of $20, holds the title of being the most valuable coin in the world. On 8th June 2021, the only copy ever allowed to be privately owned wassold at Sotheby's auction in New York City for a record $18.9 million (£13.4 million). It was sold by designer Stuart Weitzman, who bought the coin at auction in 2002 for $7.59 million, which was a world record price for a coin at the time.

Designed by Augustus Saint-Gaudens, it was minted in 1933 during the Great Depression. Although 445,000 were produced, thecoins were never released into circulation as President Franklin D. Roosevelt made private ownership of gold hoards illegal. Consequently, all the newly minted 1933 Gold Double Eagles were ordered tobe melted down apart from two gold coins kept for official documentation. However, it is speculated that more avoided destruction - the exact number remains unknown.

In 2005 a cache of 10 were discovered and seized by the Department of the Treasury of the United States Mint, they are currently being held in secure vaults at Fort Knox.