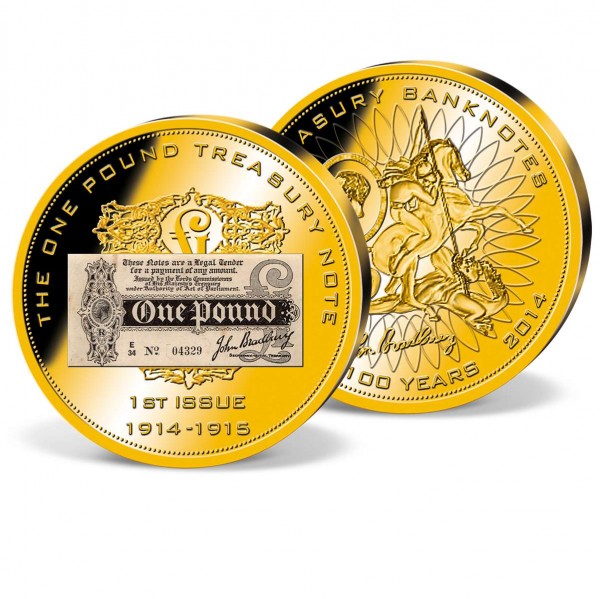 The First World War was a turning point in world history and changed the face of the 20th century. It was a conflict unparalleled in its scale. For four long years the major European powers, laterjoined by America, fought in a life or death struggle that would topple the crowned heads of Europe and redraw the map of the Continent.

Gold coins became rare - the Currency and Bank NotesAct 1914 was passed, giving the Treasury temporary powers for issuing banknotes to the value of £1 and 10/- (ten shillings) in the UK. These treasury notes had full legal tender status and were not convertible for gold through the Bank of England in order to prevent a run on sterling and to enable raw material purchases for armament production.

To commemorate the treasury notes of the Great War, called Bradbury notes, a beautiful commemorative strike has now been issued, available exclusively from Windsor Mint. It features a stunning, detailed colour reproduction of the 1 pound 1914note and has been strictly limited to just 9,999 complete editions worldwide.