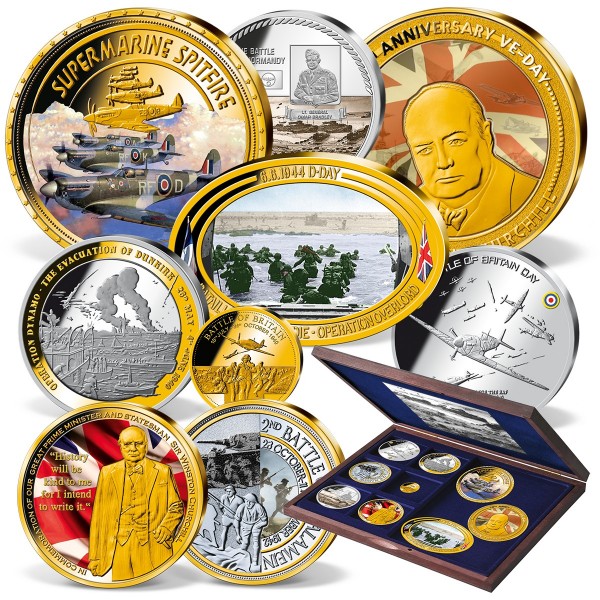 One of the most decisive days of our nation in WWII was the 15th of September, 1940. That day, the German Luftwaffe launched their most powerful air attack against Great Britain. But we were not to be defeated: the 'Battle of Britain' turned into one of the most glorious victories for our country - on that day, the German Luftwaffe lost 56 of their planes.

The 15th of September is since remembered as the Battle of Britain Day, a name marked by Prime Minister Winston Churchill in hisfamous speech on 18 July, 1940. Many other battles will forever be remembered: in the 'Evacation from Dunkirk' from the end of May until 4 June 1940, our ships saved almost 340,000 soldiers trapped on the beaches, in the beginning of July 1942 in El Alamein we defeated the army of the legendary 'Desert Fox' Erwin Rommel and in 'Operation Overlord' on D-Day, 6 Juni 1944, our brave soldiers fought and died together with the soldiers of the Western Allies at the Northern coast of France to finally liberate Europe from Nazi Germany.

All individual strikes in this complete set are subject to strict limitation. Should, due to high demand, one of the strikes in the collection become unavailable, our experts will select a replacement that is at least equivalentto the one no longer available.

The set contains:
Oval Operation Overload 1944 Commeorative Strike in Diameter: 85 x 62 mm.
Winston Churchill and The Red Arrows are both Supersize Commeorative Strikes with 70 mm diameter.
The commemorative strikes 50th anniversary - Winston Churchill, 2nd Battle of El Alamein, The Battle of Normandy, Evacuation from Dunkirk and The Battle of Britain Day are 40 mm in diameter.
And as a precious highlight, this stunning collection also includes a rare strike minted in solid 24-carat gold: the 11 mm Battle of Britain!