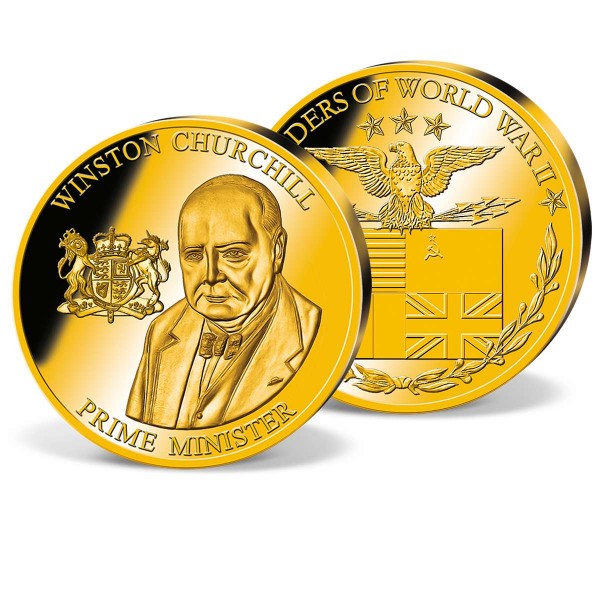 He is remembered as the bulldog of World War II, a reputation that he earned with his bite and steadfastness. Churchill led with calm serenity as the storm clouds of World War II gathered across the English Channel. During the decisive Battle of Britain in 1940, he led the push that would take World War II across four continents and end in the most momentous victory in modern history, setting the course for world peace.

Churchill himself had many fine hours, not only as one of the most notable leaders in history - he was also an accomplished author, journalist and painter. He is the only British Prime Minister who has ever received the Nobel Peace Prize in Literature and the second person to be made an Honorary Citizen of theUnited States. He is one of the most admired leaders in recent history and Word War II.

Don't miss this opportunity to add this masterfully engraved tribute to our nation'sbeloved leader toyour collection.