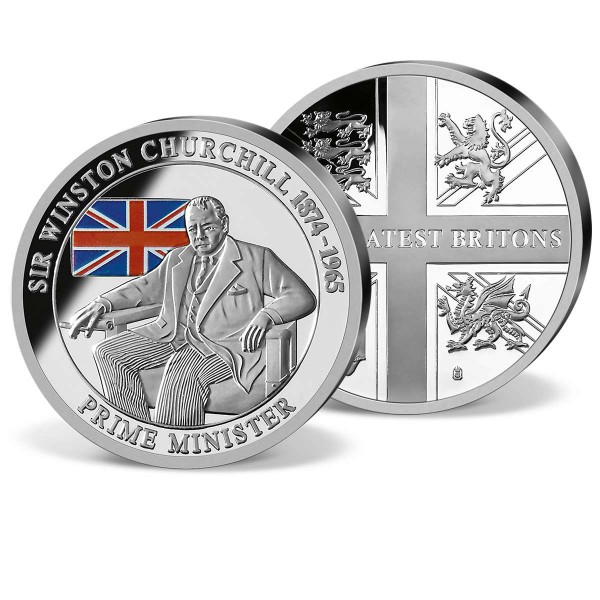 Sir Winston Leonard Spencer Churchill is undoubtedly our nation's greatest ever Briton. He will always be revered as the bulldog of the Second World War - a reputation that he earned with his biteand steadfastness.

During the Battle of Britain, Churchill led the country with calm serenity as the storm clouds of World War II gathered across the Channel. Often described as our nation's 'finest hour', a phrase taken from Churchill's own speech during the decisive Battle of Britain, he led the push that would end in the most momentous victory in modern history, setting the course for world peace. Churchill himself had many fine hours, not only as one of the most notable leaders in history; he was also an accomplished artist, historian, and a prolific writer, with over 25 stories, biographies and histories published, he was awarded the Nobel Prize for Literature in 1953.

Sir Winston Churchill is regarded as one of the greatest political leaders in modern history and was recently voted the greatest Briton of all time. From his birth at Blenheim Palace Oxfordshire on 30th November 1874, his long life was, until his death in 1965, an epic adventure packed with incident and achievement. From the admiralty to the miner's strike, an epic escape from capture in the Boer War, the Battle of Britain to the Nobel Prize, Churchill oversaw some of the most important events the World has ever seen. Churchill was far from being a typical politician, complex and charismatic his inspiring leadership during the Second World War won him worldwide fame, his rousing speeches at the time of our darkest hour inspired the nation to persevere and ultimately claim victory.

Befitting of Britain's most beloved statesmen, this commemorative strike is struck in proof condition and plated in pure silver.