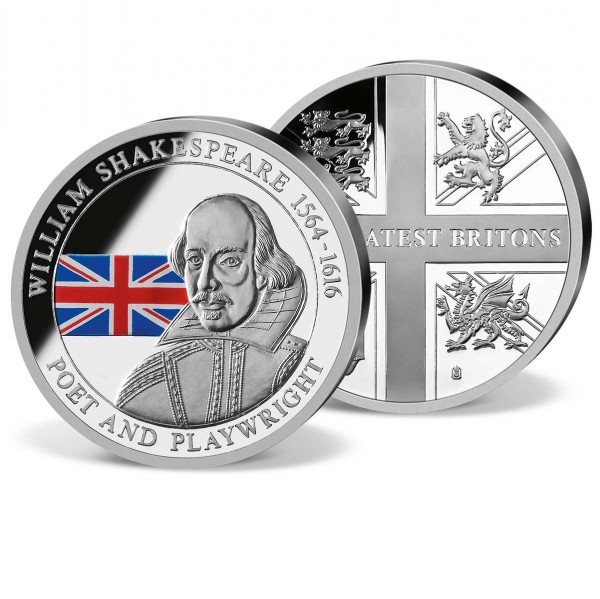 2016 commemorated 400 years since the death of William Shakespeare. He lives on through his plays, which are still hugely popular today. No other writer has influenced European theatre and literature as much as Shakespeare. His comedies, histories and tragedies have been translated into 80 languages, and are still being performed and enjoyed on theatre stages throughout the world.

But as famous as his works like 'Hamlet', 'Macbeth' and 'Romeo and Juliet' are, we know little about the life of the playwright himself. He was born in April 1564 in Stratford-upon-Avon, and lived for many years in London, before retiring back to Stratford, where he died on the 23rd April 1616. Shakespeare wrote many successful plays for the Elizabethan theatre, and performed as an actor himself. His plays, poems and sonnets are considered some of the finest works of literature in the English language.

This stunning commemorative strike, preciously finished with pure silver and colour detailing, is strictly limited to just 9,999 complete editions worldwide. An everlasting commemoration to 'The Bard of Avon', the most performed playwright in the world.