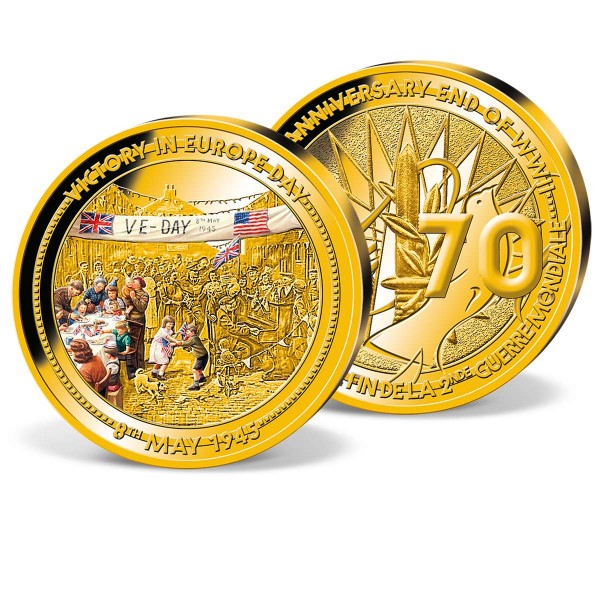 'Victory in Europe Day' - VE Day, was celebrated on the 8th of May 1945, when Prime Minister Winston Churchill officially announced the end of WWII in Europe, with the defeat of Nazi Germany.

The unconditional surrender of all German forces was signed on the 7th of May 1945 in Reims, formally ending the war in Europe. In the Far East, fighting continued against Japan,until three months later, when on the 2nd of September 1945, Japan capitulated in the Pacific conflict, which became known as 'Victory in Japan Day' - V-J Day.

This marked the final phase, the end of the Second World War in Asia and peace worldwide. After six dark years the war had finally ended, people in Britain and the allied countries celebrated exuberantly in the streets. In some countries such as France, Czech Republic and Slovakia, the 8th of May is a national bank holiday.