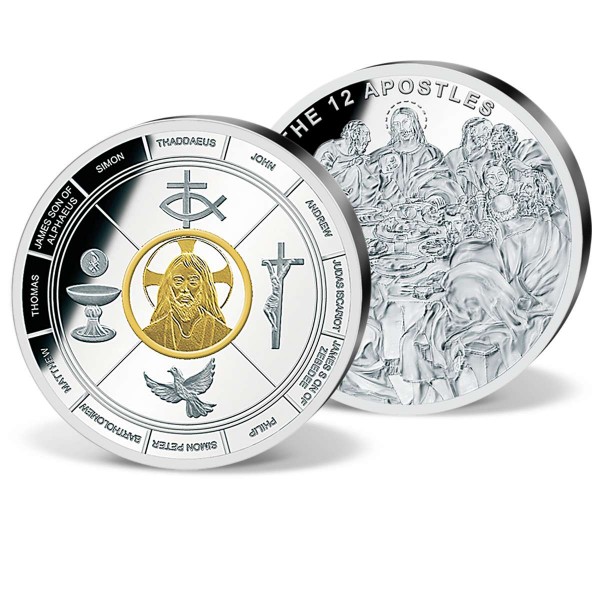 The Twelve Apostles were, according to the Synoptic Gospels, disciples whom Jesus of Nazareth had chosen, named, and trained in order to send them on a specific mission which was the establishmentof the Christian Church by evangelism, the spreading of the good news after being sent the Holy Spirit as helper in this task at Pentecost. After the Apostle Judas had betrayed Jesus, the remaining Apostles elected Matthias, so by the time of the coming of the Holy Spirit they numbered twelve again.

The 12 Apostles Commemorative Strike featuring a glorious portrait of Jesus Christ - accented in 24k gold - encircled by the names of the twelve apostles, this commemorative strike is crafted in highest quality "proof" condition. The reverse features a highly detailed engraving of Christwith his apostles, reminiscent of a Renaissance masterpiece.