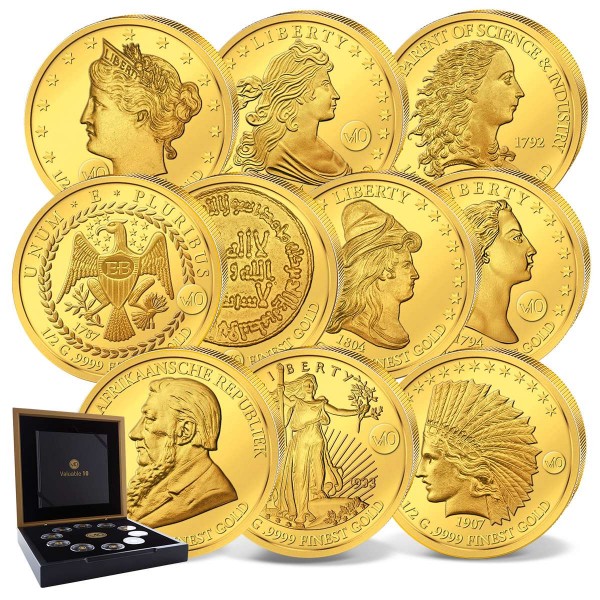 Description
Description
These 10 original gold coins are true treasures, normally only to be seen in museums and... more
Close menu
'The World's Most Precious Coins' Commemorative Set

These 10 original gold coins are true treasures, normally only to be seen in museums and exclusive auctions. More sought-after than a Rembrandt, rarer than a Picasso - and together as originals worth almost 34 million Dollars ... Fascinating and historical: when it was sold at auction, and the first ever US Dollar issued, the 1794 Liberty Dollar, even an incredible 7.850.000 US-Dollars. Some paintings from the big painters like Monet and Cezanne have fetched less in the past.

Order your set today and take advantage of our senstational introduction price on a unique set of official coins, honoring the most precious coins in the world.