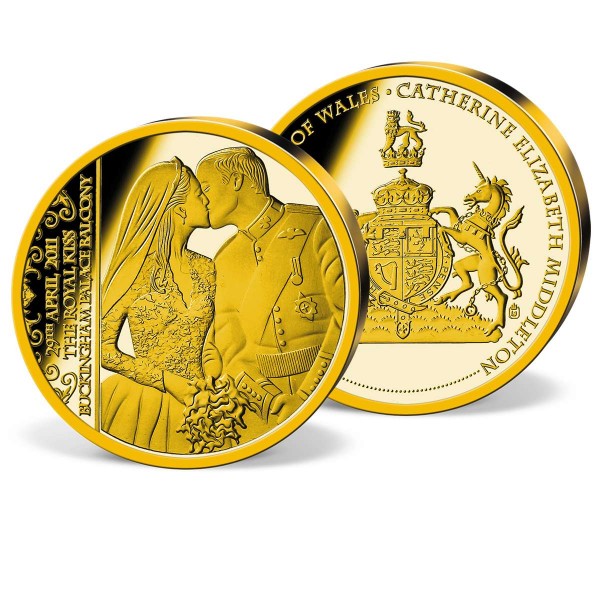 Description
Description
It was exciting news from Kensington Palace: 'Their Royal Highnesses The Duke and Duchess of... more
Close menu
'The Royal Kiss' Commemorative Strike

Although newspapers had been speculating a long time about a third child for the popular Royal couple, the Royal family had to announce the new pregnancy unusually unprepared, as Kate suffered from extreme morning sickness and had to cancel planned event.

Now we are happy about Prince Louis, born on 23 April 2018, as a little brother or sister for Prince George and Princess Charlotte - only 6 years after the kiss on the balcony of Buckingham Palace, which was the start of this lovely family.