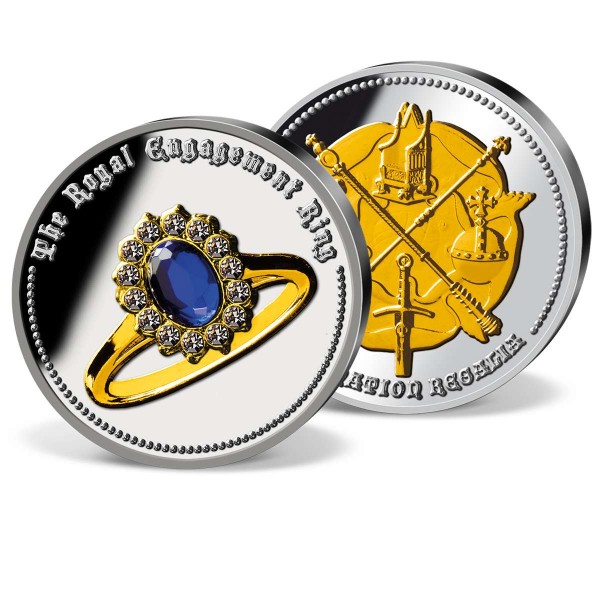 On 16th November 2010 it was officially announced that Prince William and Catherine Middleton were engaged to be married - it was the biggest Royal wedding since the prince's parents, Prince Charles and Lady Diana, married in 1981. And it was plain for the world to see in their TV interview, that Kate, the stunning bride-to-be, was wearing none other than the ring, which used to belong mto thelate Princess Diana.

Speaking about the ring, Prince William said: 'It's very special to me. As Kate's very special to me now, it was right to put the two together.' In a warm and loving tribute to his mother - he declared, 'It was my way of making sure my mother didn't miss out on today and the excitement, and the fact that we're going to spend the rest of our lives together.'

Featuring a stunning oval Ceylon sapphire in the centre, surrounded by a cluster of 14 diamonds, the ring has become a twentieth century classic. At the time it was originally purchased, there was quite a controversy surrounding it, as unusually for a royal engagement ring it was not a one-off, meaning that anyone could buy the exact same design. It cost £28,500 when first bought in 1981, in today's prices that would be around £85,000 - although of course Diana's ring is priceless. And to think that Prince William was carrying the engagement ring around in his backpack for three weeks before finally proposing to Kate on holiday in Kenya ...