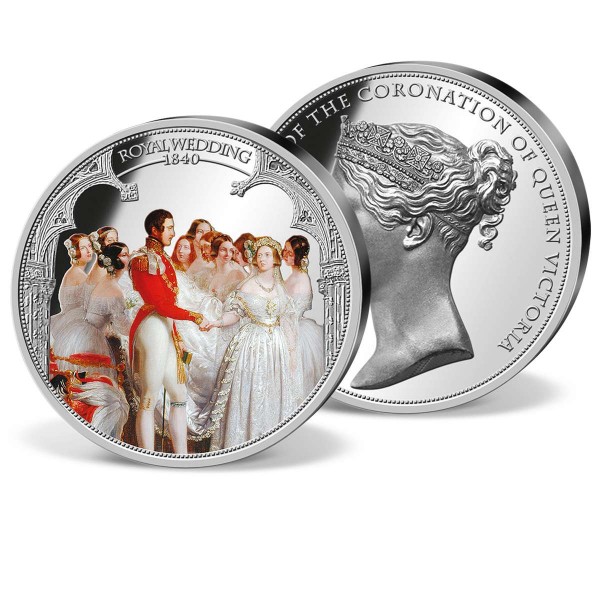 When Victoria became Queen in 1837 she was initially reluctant to marry and lose her independence. Her advisers stressed the importance of succession, so she began to interview several Princes, but found none to her liking. She agreed to meet Prince Albert, her first cousin, once more at the British Royal Court on the 10th of October 1839. After their meeting she wrote in her diary that "Itwas with some emotion that I beheld Albert - who is beautiful." Just five days later, Queen Victoria proposed marriage and Albert accepted, they "embraced each other over and over again". Victoria wrote after their engagement "I really felt it was the happiest, brightest moment in my life - Oh! How I adore and love him, I cannot say!!"

The union between Queen Victoria and Prince Albert is one of the greatest love stories in history. The Queen had been so pleased with Sir George Hayter's painting of her Coronation that she commissioned him to paint her marriage, in particular the moment of the joining of hands.