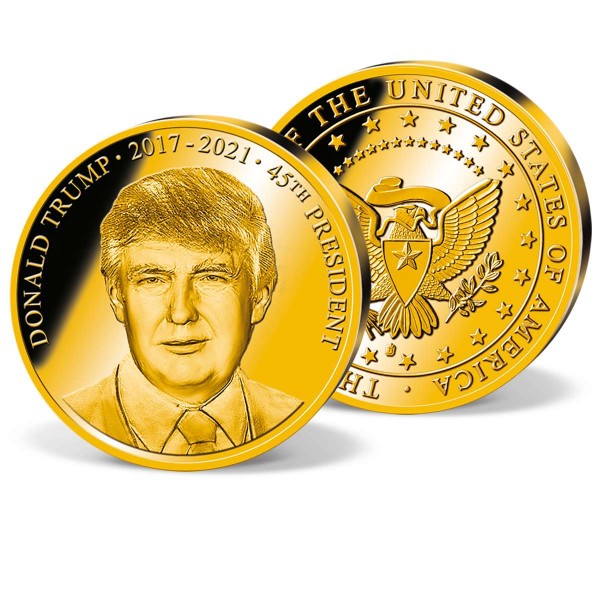 On November 8th, 2016, the Americans, for many unexpectedly, elected billionaire businessman Donald Trump as their 45th President. Riding a wave of revolution among the American electorate, his fire-brand style, nononsense approach, and promise to 'Make America Great Again'' resounded with a population tired of 'politics as usual'.

Windsor Mint presents the first strike to honour Donald Trump's historic election, which has just been issued by our partner, American Mint. This exquisite strike is plated in pure 24-carat gold and features a highly detailed engraving of the newly elected 45th President on the obverse. The President Donald Trump commemorative strike is limited to only 9,999 complete collections worldwide.