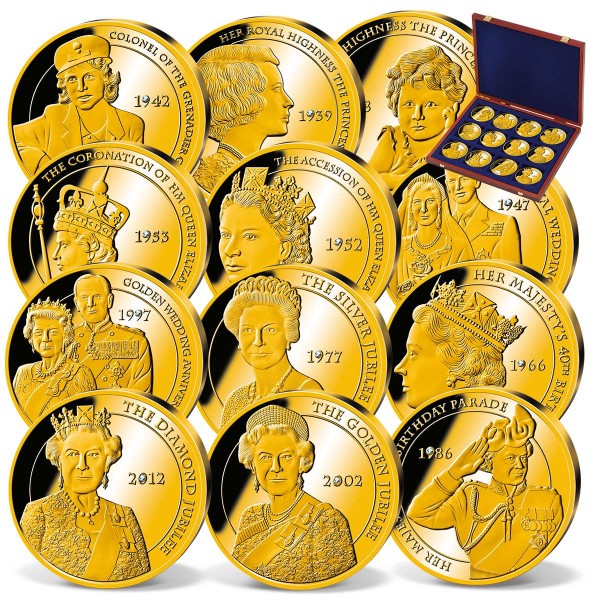 Description
Description
Over 60 years ago on the 2nd of June 1953, millions the world over witnessed one of the most... more
Close menu
The 'Portraits of a Queen' Commemorative Strike Set

Over 60 years ago on the 2nd of June 1953, millions the world over witnessed one of the most important royal events in living memory. At precisely 11 o'clock, a hush fell over the nation as peopletuned in their radios, and -for many for the first time ever- television sets at a friend's or neighbours', to watch their new Queen being crowned.

The ceremony took place exactly as it islaid down in the history books, and the crown was placed on the new Queen's head the country joined together in celebration.

Finished in the highest quality and masterfully engraved with loving attention to detail, these special coins are regarded as real rarities, which should not be missing from your collection! Minted in the highest quality 'proof', this stunning set has been strictlylimited to just 9,999 complete editions worldwide. In Britain, this set is available exclusively from Windsor Mint.