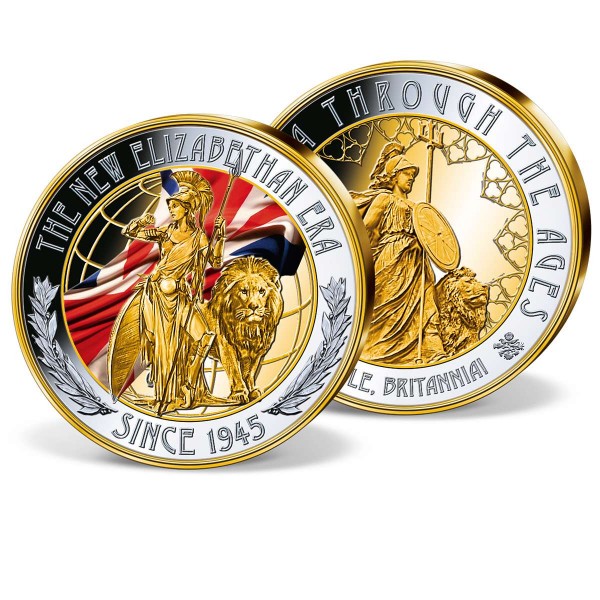 Description
Description
Queen Elizabeth II has dedicated her life to the service of our country and has reached many... more
Close menu
'The New Elizabethan Era' Commemorative Colour Strike

Queen Elizabeth II has dedicated her life to the service of our country and has reached many important milestones during her lifetime.In November 2017, Elizabeth II and Prince Philip celebrated their Platinum wedding anniversary. Her Majesty is the longest-reigning British monarch ever, surpassing the reign of her great-great grandmother Queen Victoria. In June 2016, she celebrated her 90th birthday, and in 2018 QueenElizabeth II was the first British monarch to celebrate her Sapphire Coronation Jubilee, an incredible 65 years wearing the British crown. For many, Queen Elizabeth perfectly symbolises our British values - she stood with us through good times and bad times and was our rock in today's fast changing world - just like Britannia, the personification ofGreat Britain since the 1st century.

This stunning new strike shows a modern Britannia in the new Elizabethan Era, elegant and powerful, with the British lion at her side - a beautiful celebration of Queen Elizabeth II's successful reign of 65 years.