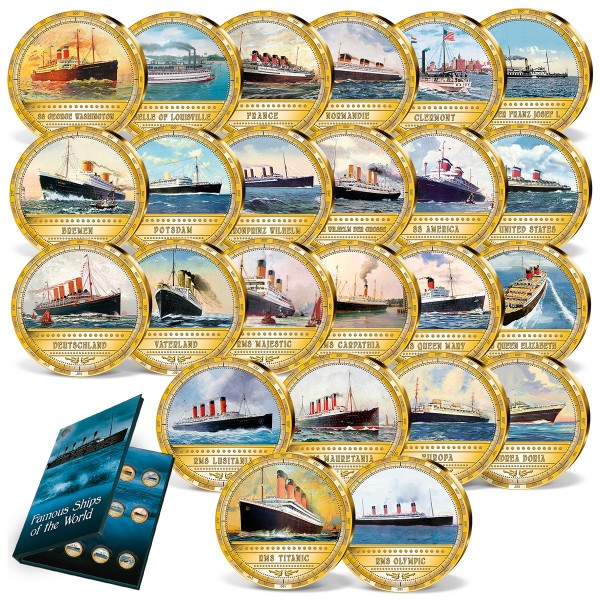 Description
Description
You may be looking at one of the numismatic highlights of the year: the complete collection of... more
Close menu
'The most famous steamships' complete set

You may be looking at one of the numismatic highlights of the year: the complete collection of the greatest steam ocean liners, that crossed the Atlantic from the beginning of the 19th century. This significant set, featuring the greatest steamships in history, has been preciously plated with 24-carat gold and is a unique documentation of engineering achievement.

The most famous steamship, and one of the most tragic, was the RMS Titanic, which sunk on her maiden voyage from Southampton to New York, after she hit an iceberg - of the 2,223 passengers and crew on board, only 706 survived. The sinking of the Titanic went down in history as one of the deadliest peacetime maritime disasters in modern history.