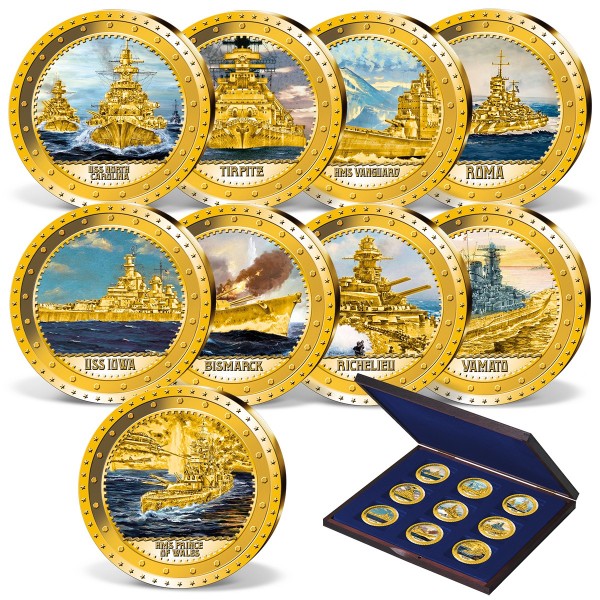 Description
Description
With its incredibly accurate array of anti-aircraft weapons, the HMS Prince of Wales was one of... more
Close menu
'The Most Famous Battleships of the World' Commemorative Strike Set

Marking the 80th anniversary of World War II, these nine stunningcommemorative strikes, layered with 24-carat gold, are a tribute to the world's most famous battleships used or built during World War II. Discover these magnificent ships in the comfort of your homeand preserve a piece of naval history for generations to come. This stunning set of impressive 50 mm strikes, layered with 24-carat gold with colour detailing, also includes the Japanese 'Yamato', the German 'Bismarck' and 'Tirpitz', the French 'Richelieu', the Italian 'Roma' and the US battleships 'USS Iowa' and 'USS North Carolina'.