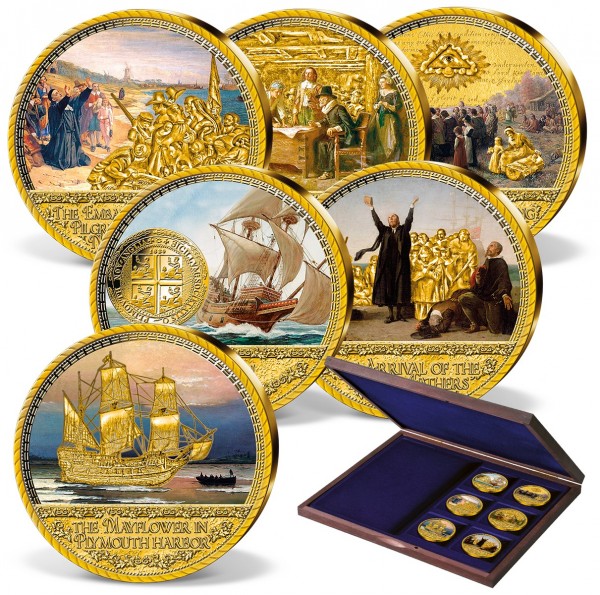 In August 1620, the English merchant ship 'Mayflower' and the smaller 'Speedwell' set sail from Southampton for the New World. But when the Speedwell began to leak they were forced to return to port, and the passengers crowded onto the Mayflower.On 16th September 1620, the Mayflower set sail alone from Plymouth, carrying 102 passengers and 30 crew. All those on board were hoping to start a new life in America. Nearly 40 of the passengers were Protestant Separatists, known today as the Pilgrims, looking to establish a new Protestant church. After 66 days crossing the rough and stormy Atlantic, the ship finally reached Cape Cod, and they founded a new colony at a nearby site, called 'Plymouth' after the English port of departure. The Pilgrim leaders drafted the Mayflower Compact, documenting the rules for the new society, which would later inspire the constitution of the USA.

Today, an estimated 10 million Americans and 35 million people all around the world are descended from the original Mayflower passengers, including the US presidents John Adams, James Garfield and Zachary Taylor, and famous people like Humphrey Bogart, JuliaChild and John Alden.