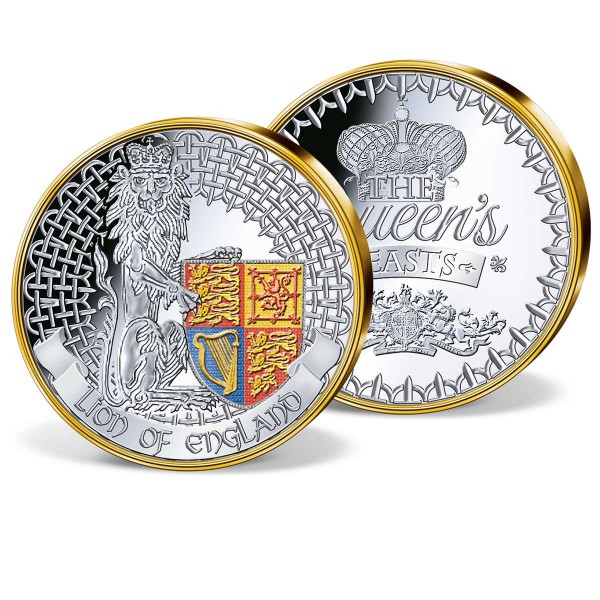 Your exclusive advantages:
Amount due: £79.95

Description Benefits of our Collector Service
Description
The Queen's Beasts are the ten heraldic statues that guarded the entrance to Westminster Abbey... more
Close menu
The 'Lion of England' Commemorative Strike

The Queen's Beasts are the ten heraldic statues that guarded the entrance to Westminster Abbey for Queen Elizabeth II's coronation in 1953, representing her royal genealogy. The beasts were inspired by the original 'King's Beasts' created more than 400 years ago for Henry VIII. In the autumn of 1952, renowned sculptor Sir James Woodford, member of the Royal Academy, was commissioned to create ten heraldic statues to represent Queen Elizabeth II's royal ancestry. On Her Majesty's coronation day, nine of the six-foot tall statues formed a line outside the western annexe of Westminster Abbey, while the Lion of England guarded the entrance to the Abbey used by the Queen on her arrival in the Gold State Coach.

The Lion of England has now been honoured with a superb strike, beautifully layered in pure silver and 24-carat gold. It features the crowned Lion of England, who has supported the Royal Arms since the reign of Edward IV, holding a shield depictingthe Royal Coat of Arms of the United Kingdom.