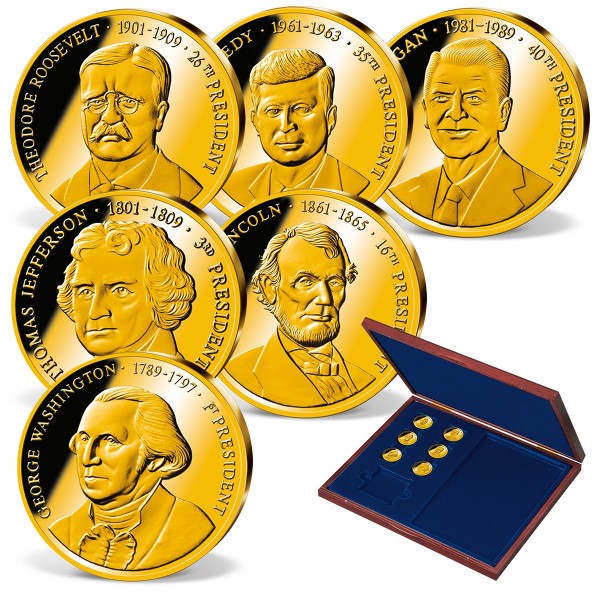 America's founding fathers created the United States Constitution, which came into force in 1789, declaring that an elected civilian would be the president of the United States of America, to leadtheFederal government and enforce the laws of the land.

Although America has had 44 presidents, in reality there have only been 43 as Grover Cleveland was elected president twice. Fromthese, a selection of the most outstanding and important ones in American history have been specially selected in a unique complete set. The 'Greatest U.S. Presidents' commemorative gold set of 12 stunning strikes portrays the most outstanding and remarkable presidents in the history of the United States of America. From the first president of the United States, George Washington, to the most famous, Abraham Lincoln, up to the most popular, John F. Kennedy. This unique complete set, offers collecting experts like yourself, a real chance to add a key piece to your collection - one that will be unattainable formany others!