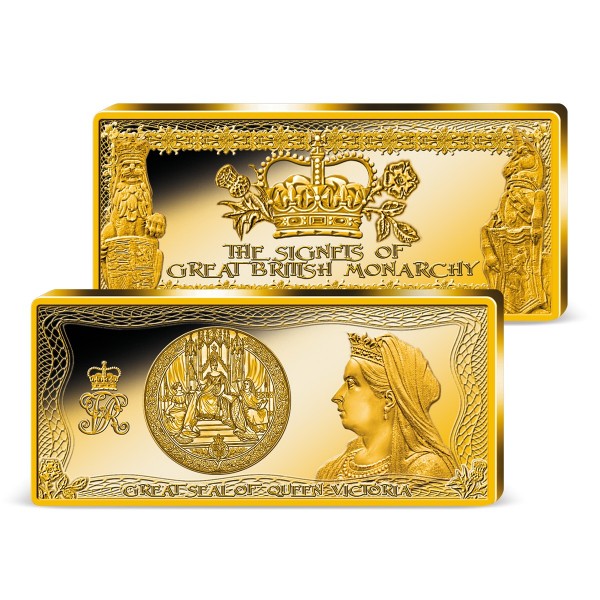 Since the 11th century, British monarchs approved important state documents with their own seal, an impression of their portrait in wax. Until today, the Great Seal of the Ralm is an important symbol of the sovereign's role as the Head of State. In order to avoid forgery, only one matrix was used and most monarchs used the same seal throughout their entire reign. Due to her long 63 years ofreign, Queen Victoria was the first monarch ever to require four designs, as the original design lost definition over time. When Queen Victoria passed away in 1901, the matrix for her seal was distroyed and replaced by that of her successor.

Now, in honour of her 200th birthday in 2019, the Great Seal of Queen Victoria has been masterly reproduced on a stunning commemoration bar, preciously layered with pure 24-carat gold. Measuring an impressive 30x70mm format, the high-quality 'proof' mintage has been striclty limited to just 9,999 complete editions worldwide.