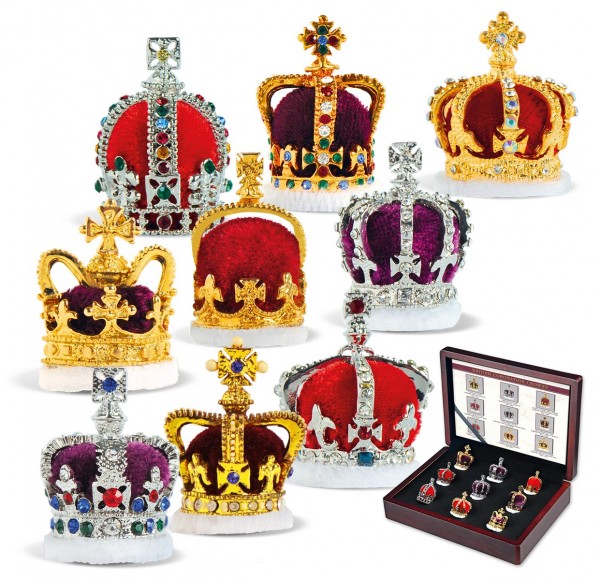 2018, the oldest monarch in British history and longest reigning sovereign of Europe celebrated her 65th coronation anniversary: Queen Elizabeth II! In honour of her Majesty's long reign, we offeryou a unique collector's set:nine of the most important and historic crowns of the British Empire in minature format.

The true-to-detail crowns are hand-made in best jeweller's quality andgenuine pieces of art like the miniature edition of the coronation crown of British royalty, the St Edward's Crown, or the crown of Queen Mum, manufactured especially for the coronation of her husband in 1937, hand-set with the infamous Koh-I-Noor diamond.

Own these Royal insignia and secure for yourself an important part of the British crown jewels - nine crowns of the British Royal Family as miniature editions.