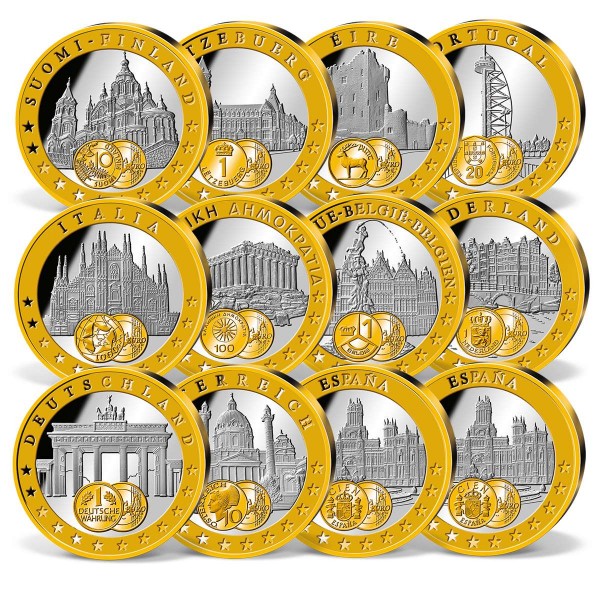 The Euro was introduced as an accounting currency on 1st January 1999. Three years later, on 1st January 2002, the largest-ever currency changeover took place, as the Euro replaced the national currencies of Austria, Belgium, Finland, France, Germany, Greece, Ireland, Italy, Luxembourg, the Netherlands, Portugal and Spain (and the small states of San Marino, Monaco and the Vatican). Today, 343million people in 19 EU countries use the Euro.

Euro coins are minted by each Euro state with national symbols on the obverse and a map of Europe on the reverse. Euro banknotes are only distinguished by different letters in the serial number.

Many British collections began by bringing back different Euro coins from European holidays. Special Euro coins and commemoratives are becoming increasingly attractive for collectors all over the world. With some coins being very difficult to source: for example, the Finnish 1 and 2 cent coins are minted in very small quantities for collection purposes only, as Finnish businesses and banks do not use them as day-to-day currency. Don't wait too long - with the upcoming exit of Great Britain from the EU, this might be the last chance to own this fabulous set which includes the extremely rare 1 and 2 Cent coins from Finland, which are no longer minted for circulation.