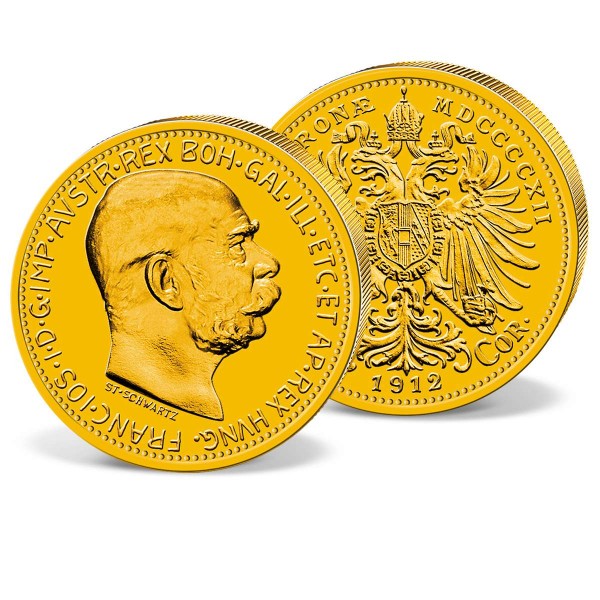 Description
Description
This gold coin bears the profile of Franz Joseph I in his later years. In fact, in the year of... more
Close menu
'Ten Austrian Krone' Original Gold Coin

This gold coin bears the profile of Franz Joseph I in his later years. In fact, in the year of the issue, the Emperor of Austria celebrated his 82nd birthday.

Born the son of Archduke Franz Karl and Princess Sophie of Bavaria, Franz Joseph acceded the throne at the age of 18. During the course of his 68-year reign, the emperor was to become a popular ruler of the multi-cultural state. However, Franz Joseph, who was married to Empress 'Sisi', did not live to see the collapse of the Habsburg monarchy in 1918.

The 'Ten Austrian Krone' gold coin is an original minted and only rarely available over the counter.