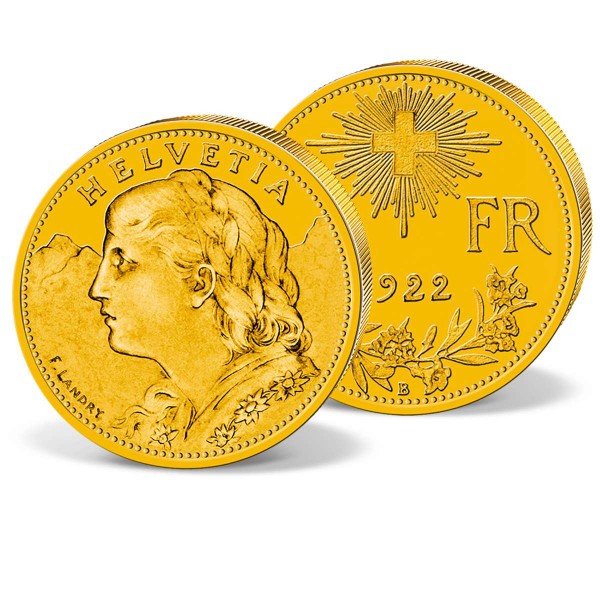 This product is currently not available.
Please inform me as soon as the product is available again.
Amount due: £599.00

The Swiss Goldvreneli derives its nickname from Verena, the personification of the Confederation of Switzerland. Whilst a 20 franc coin was issued from 1897-1949, this smaller 10 Franc Gold Coin was only issued in small numbers between 1911 and 1922. The obverse shows 'Vreneli' with a garland of flowers around her neck, in the background are the Swiss Alps. The reverse has a Swiss cross on a sunburst above a spray of alpine flowers.

Often referred to as the 'Swiss Krugerrand' because of its high, 90% gold content, the Swiss 10 Franc gold coin is a numismatic rarity, and as such, specimens are highly sought after by collectors worldwide. This spectacularly beautiful gold coin was only issued from 1911 to 1922, and even then only periodically, and in small numbers.