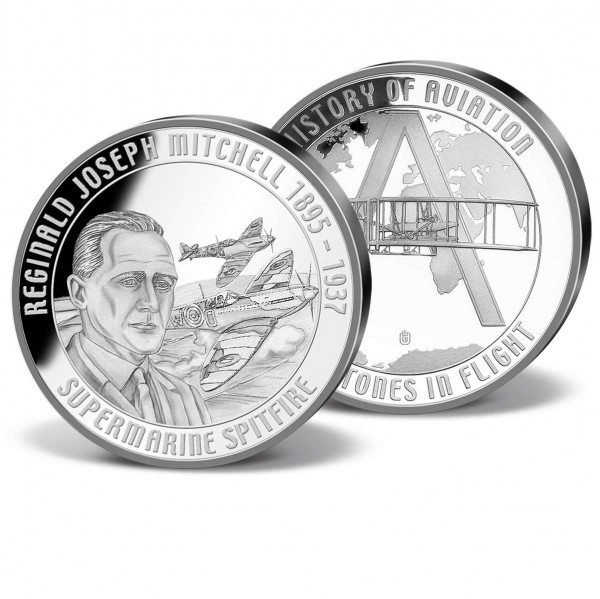 The Spitfire - also known as the 'Spit' - was the brainchild of Supermarine's chief designer Reginald Joseph Mitchell. 24 versions were produced over the years. Although it was just one of the aircraft involved in the Battle of Britain, the 'Spit' achieved legendary status as the fighter that played a crucial role in Britain's victory in the air.

In commemoration of the Spitfire's chief designer Mitchell, this finely detailed commemorative coin is an absolute gem that would grace the collection of all collectors with a passion for history!