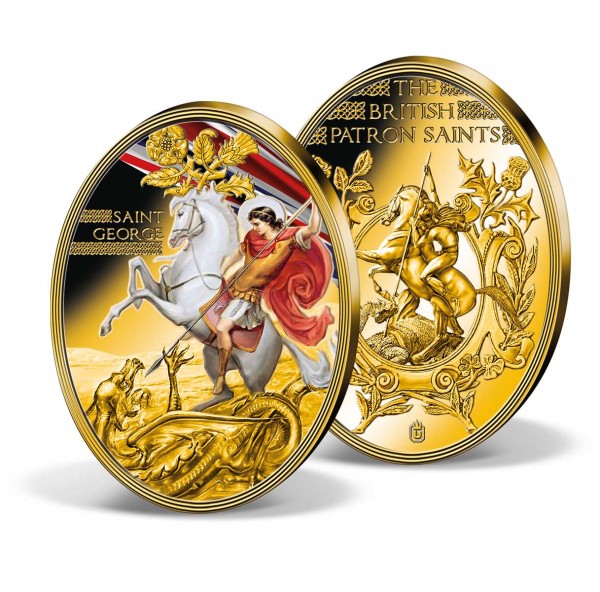 Everybody in Britain knows the English national saint and the legendary image of St George slaying the dragon, a motif that has featured on our Sovereign coins for exactly 200 years. The legend ofSt George rescuing a whole town from a ferocious dragon, that was demanding sheep and maidens as sacrifices, has been told for centuries and is one of the most popular legends in British mythology.

Very little is known about St George's life, but his fight with a dragon is a legend that became immortal all over the world. In 1350, King Edward III formed the Order of the Garter in St Georges name and made him the Patron Saint of England, and the legend of St George was further advanced by King Henry V at the Battle of Agincourt in the North of France. According to Shakespeare, he finished his prebattle speech with the famous phrase 'Cry God for Harry, England and St George!'