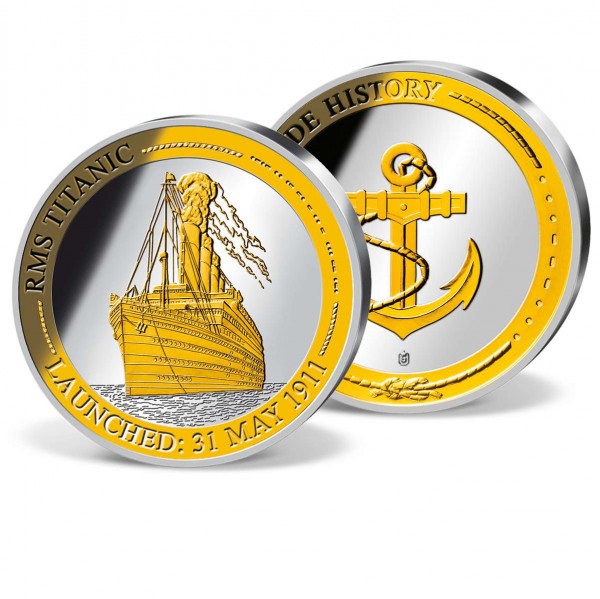 This product is currently not available.
Please inform me as soon as the product is available again.
Amount due: £57.00

When the Titanic left Southampton, England on her maiden voyage on April 10, 1912, the vessel was at her time the 'largest moving object in the world', unrivalled in size, luxury and technology. Her launch on 31 May 1911 was highly publicised and she was supposedly unsinkable.

Just before midnight on April 14, the ship struck a massive iceberg, ripping through its hull.Within three hours, the Titanic, deemed unsinkable, had slipped into the cold, dark waters of the North Atlantic. Of the 2,223 passengers and crew on board, only 706 survived, making the sinking of the Titanic one of the worst disasters in maritime history.

Today, a full century after her demise, the stories of the Titanic's sinking still captures the interest and imaginationof the entire world, stories which remind us of the limits of man's endeavours and the dangers of technological arrogance.

The 'RMS Titanic' commemorative strike is minted in the highest quality 'PROOF', is acented with pure gold and silver in its highest content (999/1,000) and is strictly limited n availability: only 9,999 complete collections are available worldwide.