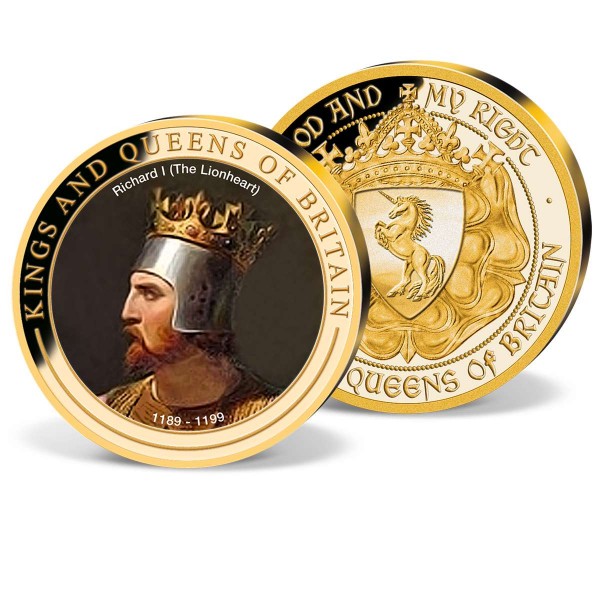 His name has reached epic and mythological proportions - Richard Plantagenet was the archetypal medieval warrior king. Born in Oxford in 1157, the son of Henry II and Eleanor of Aquitaine, Richard possessed considerable political and military ability, which earned him the nickname 'Cœur Lion - the Lion Heart'. At the age of 14, he was named the Duke of Aquitaine; by 16 he was commanding his own army, putting down rebellion in Poitou against his father, King Henry II. After his father's death he was crowned 'by the grace of God, King Richard I of England' at Westminster on 1 September 1189.

Prompted by Saladin's capture of Jerusalem, as soon as Richard became king he joined the Third Crusade. Noble, fierce and of unmatched courage, his victories over Saladin at the siege of Acre and the battles of Arsuf and Jaffa captured the imagination of his age. Revered as the great warrior king he received a hero's welcome on his return to England, yet 'Richard The Lionheart' also earned himself the title of 'the absent king' - due to the fact that during his ten-year reign he is supposed to have only spent a total of six months in England.

Thisunique 24-carat gold-plated commemorative strike, strictly limited to only 9,999 complete collections worldwide, features a superbly detailed colour portrait of King Richard'I. A fitting tribute to one of our most famous monarchs!